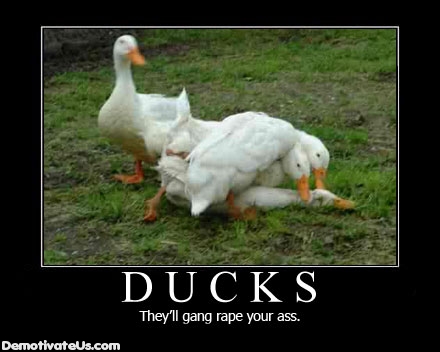 When I was a wildlife student at the University of Washington, I used to walk past the school’s iconic Drumheller Fountain each morning on the way to class. The fountain was home to a small community of ducks and in the springtime they would come to life with a multitude of elaborate “courtship rituals.” To me the term “courtship” evokes images of young people in love – hand holding on park benches, candlelit dinners, that sort of a thing. It is, as I understand it, an institution where ladies are ladies and gentlemen are gentlemen. “Courtship”, then, I do not believe is an accurate description for what happens in the duck world because the things I have very unfortunately witnessed at the UW and in waterways around the world have no relation to anything a proper gentleman would ever consider doing to the lady of his affection – especially in a public fountain.

To cut to the chase, let me first explain that in the bird kingdom is it quite unique to have a phallus. 97% of bird species, in fact, lack a phallus and reproduce by a process known as the “cloacal kiss”. I, however, have always called this process “projectile ejaculation” because far more is involved than is possible in a kiss – at least not any kiss I have ever experienced. In projectile ejaculation, male and female birds press their cloacas (multi-function holes) together and the male, in a moment of passion, squirts a fertile geyser into the female. I’ll admit this all sounds rather repulsive but for many species, the minutes, hours, and in some cases, days leading up to this act are actually full of quite stunning displays – romantic even. Bald Eagles, for instance, as part of their courtship rituals perform magical acrobatics in the sky. They circle the clouds like ballroom dancers and hold each other tightly while spiraling downwards through the trees in an incredible display of affection. For ducks, however, part of that 3% of bird species that do carry a phallus, love making is something altogether different.

In the duck world, rape (or if you are scientist, “forced copulation”) is a fact of life. It seems to be as normal an act as reading the Sunday paper or going for a jog after work. It’s common practice for a male, or sometimes a group of males, to chase after and pounce an unsuspecting female, hold her head under water and while nearly drowning her, force himself violently into her. It’s not pretty and the females never seem to enjoy themselves, as you would quite expect. To maintain some semblance of control in this rather distressing state of affairs, female ducks have evolved a couple of brilliant adaptations.

In the female mallard, one of the species where rape is particularly common, the vagina has evolved into a virtual labyrinth complete with twist turns, dead ends, and special sacs that will hold semen, preventing it from traveling to the egg. It is believed that these alternate routes are activated when the female tenses up (ie when being mounted by an irritating or unattractive male). If, however, she finds herself later on in the company of a male to whom she has taken a particular liking, she will then relax her muscles and the labyrinth transforms to straight shot to Georgia. Unfortunately, however, the males in this story have raised the stakes and have evolved alongside the girls a fairly frightening looking corkscrew shaped phallus to navigate the maze.

Ever since witnessing the springtime horrors of Drumheller fountain and coming to learn about the extraordinary adaptations female ducks have evolved in response to the thoughtless men in their lives I have been searching to discover the meaning in it all. Could it be the power inherent in a phallus is all too much for ducks and has sent the males on a crazy power trip? Or is it simply that because ducks have so few examples in the bird kingdom of appropriate phallus use to look to that they simply have no idea what to do? Or is it a bigger issue all together?

The jury is still out on this one people but I would love to hear your theories.

Size matters - and if it didn't, you'd be smaller 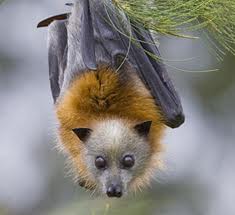 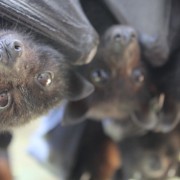 free love in the animal kingdom 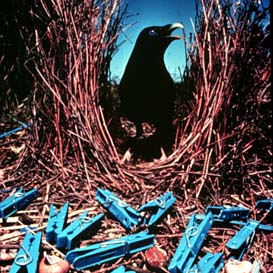 free love in the animal kingdom
Scroll to top