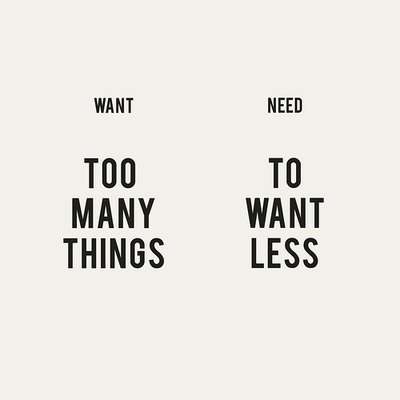 Well my three-month consumerism detox is over. I thought this would feel like a bigger moment. When I decided to do the challenge in January after starring at the huge crapload of stuff I had managed to accumulate after just a week at Woodford and ten days on a cruise, the idea of not buying anything else until April seemed impossible. Surprisingly, though, it really hasn’t been much of a drama. That’s not to say it hasn’t been challenging at times. It certainly has. There were times when I would find myself staring at an item that I wanted and would have a little debate with myself over whether or not I should buy it. Most of the times my rational side won out but there were a couple of times when my free spirit took over and I decided to bend the rules to suit me. For example, one day I managed to talk myself into calling perfume a ‘toiletry’ and bought some .. but I suppose one little bottle of perfume isn’t the end of the world .. although that may be the voice of my free spirit again 😉 I also had to buy some stuff for work which felt like cheating even though it was unavoidable. And a couple of days ago I had to buy a new phone after I dropped my old one in a river.

As I talked about in my last post, my life has now moved in a new direction where there is little need for excess stuff and so I expect to continue on with this new clutter-free, streamlined, cost-effective lifestyle. I’m working as a fly-in-fly-out fauna spotter these days which means that I am away from home most of the time. We work for month-long stints and are flown home for one week in between each stint. When we are away, we each have a little room to call home in which is akin to a mining camp. There are almost no women here and no place fancy to go so there is no need to dress up or worry about keeping up appearances. Slapping on some lip balm and running a comb through your hair in the evenings is enough to get most of the boys excited so there’s not really any need to go to any more effort than that. Little pleasures like lighting a candle or putting on some fresh nail polish seem very decadent. It’s amazing how your perspective changes when you get away from the world of strip malls and so forth.

I guess I should start thinking about what I want to buy now that I am able. I’m having trouble coming up with much, though. There really aren’t any clothes that I need or want. I seem to have everything I need. Most of the time I’m working and in my uniform so it’s only in the evenings that I can put normal stuff on and as I mentioned, there’s no need for anything impressive. And at my house in Brisbane I have more stuff so when I come home I can switch out for new things .. it’s like shopping in my own wardrobe.

I do want to buy a new laptop. The one I’ve have is so bulky which is a pain in the ass when you’re travelling a lot. I’d like to get a smaller one and a little pouch to put it in. I’d also like to buy some candles. I love to light candles in the evenings and really need/want to stock up. Instead of going to the cheapo stores, though, like I’d usually do to buy ten or twenty cheap ones, this time I think I’ll find a really beautiful soy candle and just burn that for a while. Soy candles burn slowly and evenly and smell so much better than paraffin candles ever seem to.

So what has been the big lesson for me in this challenge? I think probably it’s that it’s more enjoyable to have a few good items than a lot of cheap crap. It seems so obvious but when you live in a world where you are constantly bombarded with cheap stuff, it can be hard to resist it.