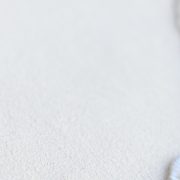 I just wanted to give you all an update on where we are at on my film making journey. As many of you know, I am working on a documentary called Rubber Jellyfish about balloon release ceremonies and the impacts to marine life. It has been an incredibly long road getting here. I started making this film when I was pregnant with my daughter who is now 2 and a half and I am now actually expecting a second child. I have learned from speaking with other film makers that a long time line such as this is not unusual. The creator of the fantastically fascinating SBS documentary, Scarlet Road also had two children whilst creating that film.

I can finally say with certainty, though, that we are nearing the finish line. We have a wife-husband editing team in Sydney that are working hard to bring the film to life. They also work in the film industry professionally as a day job and very generously offered to edit Rubber Jellyfish for a bargain basement price on their free time. I am so grateful for them and for everyone else that has contributed time, resources, expertise, photos, videos, and money to this effort. I have a spreadsheet of people to credit in the film and it so far has 126 names on it. For a small, independent film that I have pushed along myself, that number astounds me.

I am also so grateful to the Documentary Australia Foundation who recognise this film as a project worthy of philanthropic support and give it not for profit status and to The Pollination Project who has blessed the project with much needed grant money. We have also raised $2502 through small private donations from all of you which has just been incredibly helpful. We are also thrilled to see that the film is already making an impact. The city of Bainbridge Island, Washington banned balloon release ceremonies after a council member viewed our trailer and I am aware that there are many other cities and councils around the world considering similar bans.

The film has had quite a few delays in post production but I am starting to have a feeling that maybe that all happened for a reason. Now that so many parts of the world are aware of this issue and considering outlawing balloon release ceremonies, perhaps the film will be released at just the right time to help them make their final decision.  At this stage I am thinking we will do our first screenings in July, around the time I am also due to birth my second baby. Interesting how these things can coincide – birthing a child and this major project at the same time. What a busy but exciting time it will be!

We are very lucky to have recently received a $4500 grant (more about this in an upcoming post) which covers the majority of our finishing costs – editing, graphic design, and a flat fee rate media attorney to check over everything prior to release. We are, however, still $2200 short of the full figure we need to pay for all these services. I have been busy applying for grants but wanted to let our supporters know about this in case anyone knows of a business that would like to be featured in the credits as a sponsor. Individuals and families can, of course, also contribute and will also be credited. I will also take note of anyone who contributes $30 or more and will make sure they receive a complimentary download of the film via email once we are ready to release.

All donations over $2 are tax deductible and can be made to our account through the Documentary Australia Foundation.

We also have a donations page on the film website that gives a transparent outline of where we have received all of our funding and how much we are still in need of.

Thanks again to everyone for your continued support!