You are here: Home / Articles / My films / Rubber Jellyfish film seeking donations to secure an editor 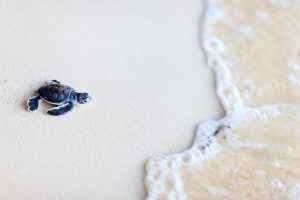 A 2012 study out of the University of Queensand found that juvenile sea turtles are particularly susceptible to balloon ingestion.

We are pleased to announce that our film about the effects of balloon litter on endangered sea turtle populations has been accepted into the Documentary Australia Foundation!  This is exciting news for us because it means that all donations made to the film over $2  within Australia are now tax deductible!  (quick note: donations from outside of Australia may also be eligible for a tax deduction but you would need to check with your tax rep).  Click here to donate to our film through DAF.  All contributors of $20 or more will receive a “Thank You!” mention in the film’s credits.

We are also accepting contributions through PayPal for people who are not interested in the tax write-off.   All contributions made through Paypal of $30AU or more will receive a free digital download of the completed film – just list your email address when purchasing so that we can get that to you! Contributors who donate $20 or more through Paypal will also receive a “Thank You!” mention in the film’s credits.

For those of you who have been enquiring, the film is about 3/4s of the way through production.  Turtle wisdom teaches us that slow 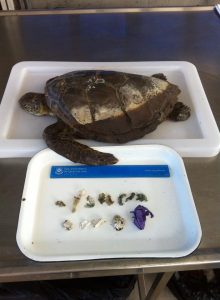 It is not unusual for balloons to be recovered from autopsied turtles due to their striking resemblance to turtle’s natural prey. Photo: Kathy Townsend (University of Queensland).

and steady wins the race and after 18 months of slogging along, we are now within two to three months of wrapping production and moving into the post-production phase.  Donations that are received at this stage will be used to secure a professional editor.

Not able to donate?  That’s ok.  We’d be super stoked, though, if you’d consider sharing our campaign on your social media accounts and/or following the film’s social media channels (Facebook, Twitter, Instagram).

We are also very close to having a website but it’s not quite there yet (stay tuned!)

Rubber Jellyfish is a 90 minute documentary about the effects of released helium balloons on endangered sea turtles.  The film follows the personal journey of wildlife activist Carly Wilson who discovers, while heavily pregnant, that helium balloons are often released ceremoniously to reveal the gender of unborn babies but often land in the ocean where they are ingested by sea turtles.

It has also become popular for charities and well meaning people to perform balloon release ceremonies to memorialise people who have passed away and bring awareness to important causes.  Marine scientists and marine veterinarians, however, are finding that sea turtles (and also sea birds and whales) are swallowing these released balloons when they land in the ocean – and according to the marine science organisation, NOAA, about 70% of them do.

According to a 2012 study out of the University of Queensland, there is a three times higher rate of balloon fragments inside of autopsied turtles (as compared to other types of ocean garbage) than there is in the ocean, itself.   It is believed this is due to jellyfish- 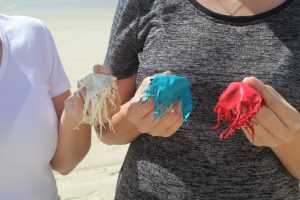 When balloons are ‘released’, pressure at the edge of the earth’s atmosphere causes them to burst into jellyfish and squid shapes.

like shapes that balloons form after they burst high in the earth’s atmosphere.  Bearing striking resemblance to their natural prey, sea turtles unknowingly consume balloons which in many cases leads to “float” disease.  Most turtles with float disease ultimately die from starvation, gut compaction, or from being hit by boats due to the inability to dive.

The film also explores fatalities to children and teenagers resulting from balloons. According to the US-based Consumer Product Safety Commission, balloons are linked to suffocation more than any other child product and death by helium inhalation consistently takes lives each year.

We have received a $1300 grant through the Pollination Project!
Scroll to top